That ‘Tingling Feeling’ You Get From Watching Bob Ross

Maybe you have experienced it too. Watching Bob Ross paint makes your head tingle and when he drags his brush along the canvas it almost feels like he is scratching the back of your neck.
This fuzzy feeling that some of us experience has a name: ASMR, short for Autonomous Sensory Meridian Response.

Wikipedia describes it as  “an experience characterized by a static-like or tingling sensation on the skin that typically begins on the scalp and moves down the back of the neck and upper spine. ”
People often describe this sensation as a “brain massage”, “head tingles” or even “brain orgasm”. Another term might be “pure bliss”.

The feeling often starts on the head or neck and moves down to the rest of the body. People that have experienced it say it reminds them of a mild electrical current or the bubbles in a glass of champagne.

While there is little scientific research about the physiological or psychological causes of ASMR there are a number of triggers for it. Triggers are sensations or stimuli that make people experience these “head tingles”.

Very often these triggers are specific sounds, videos or touches. Examples are

An example for a video that triggers ASMR for a lot of people is this scene from the movie Toy Story 2. The video has been altered to remove all music and dialog.

Time and time again we hear from people that experience Autonomous Sensory Meridian Response while watching Bob Ross paint. This is so common, that the ASMR community on reddit has Bob Ross listed as one of the common triggers. But what is it with Bob that makes peoples brains tingle?

Besides the great hair ‘The Joy of Painting’ with Bob Ross features almost every stimulus we mentioned above. Bob is soft spoken and calm, talking only about happy things. His actions are well practiced and predictable. And the sound of his palette knife scraping along his canvases or his trusty brush hitting the easel when he beats the devil out of it fit the description of ASMR triggers almost perfectly.

Where to find more

The biggest online community for discussion about ASMR is on reddit. People share their favorite videos their and talk about their experiences. The forum also uses an extensive tag system so you can search for your favorite kind of videos. There are also countless videos on YouTube, featuring almost every trigger you can think of.

Did you ever experience ASMR personally? Or do you just like to watch Bob Ross paint his little bushes and trees? We would love to know more, so please tell us in the comments below! 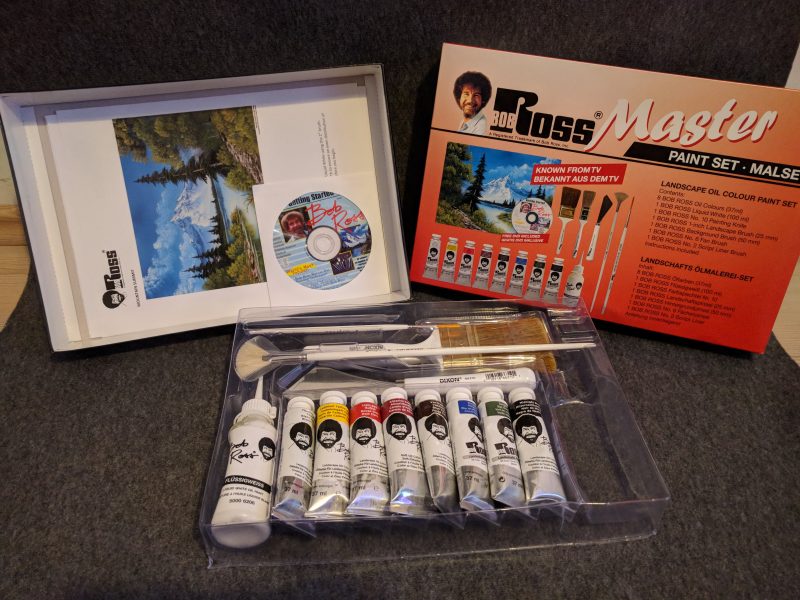