Why Painting Is Great For Your Mental Health

We all know that the act of painting is not only fun and often times incredibly satisfying but also a great way to relax and relieve stress.
But did you know that it also has wonderful effects on your mental health? And we are not even talking about art therapy guided by a professional but your ordinary slap-some-paint-on-a-canvas fun.

So join us and find out why painting is great for your mental health!

What we and everyone that has ever held a paintbrush already know has now been confirmed by scientists: painting reduces stress.
Girija Kaimal, assistant professor of creative arts therapies at Drexel University, led a study examining the effects of making art on stress-related hormones in your body and has found that even only 45 minutes of creative activities like painting reduce symptoms of stress in the body. And the best thing is that this happens regardless of experience or talent. But as Bob Ross always said: Everyone can paint!

For the study the researchers invited 39 adults between 18 and 59 years old and provided them with resources to create whatever they wanted in 45 minutes. The participants also had the opportunity to ask an art therapist in case they had any questions. Before and after the 45 minutes the researchers measured stress hormones in the participants’ bodies and discovered that around 75 percent of them had a significantly amount in their bodies after the experiment.

“It was surprising, and it also wasn’t. It wasn’t surprising because that’s the core idea in art therapy: Everyone is creative and can be expressive in the visual arts when working in a supportive setting. That said, I did expect that perhaps the effects would be stronger for those with prior experience.” Kaimal explained.
The scientists also noticed that there was a correlation between the age of the participants and the lowered hormone levels, meaning that younger people benefit even more from creating art.
According to Kaimal “one reason might be that younger people are developmentally still figuring out ways to deal with stress and challenges, while older individuals ‘just from having lived life and being older’ might have more strategies to problem-solve and manage stress more effectively.”

Painting does not only reduce the symptoms of stress but also helps with depression. A lot of people suffering from it have reported that painting gives them newfound energy and invokes feelings of pride and accomplishment in them. Feelings which some of these people have not felt in years or never at all.

It is no surprise that painting and creative exercise in general have long been recognized as important and effective tools to help people who suffer from depression. A 2015 review of randomized controlled trials on art therapy’s effect on depression found that subjects in 6 out of 9 studies saw a significant reduction in depression. The review, published in the journal Health Technology Assessment, also included studies that found art therapy reduced subjects’ anxiety and distress and improved their self-esteem, mood and quality of life.

Leading art therapists recommend people who are self conscious or emotionally unstable to start with more controlled and predictable mediums like pens, pencils or markers on paper, and only move to looser mediums like oils, watercolors, or acrylic paint once they have started to gain more confidence, since the looser nature of these mediums tend to make them rather unpredictable and can lead to frustration in beginners. A great way to start with a very controllable medium are adult coloring books. These books were first popularized in France, a country that is number one in per capita consumption of antidepressants, tranquilizer, and sleeping pills.

A study of over 10,000 students found that a one-hour trip to an art museum changed the way they thought and felt. Students who visited a museum not only showed increased critical thinking skills, they also exhibited greater empathy towards how people lived in the past and expressed greater tolerance towards people different than themselves.

The study showed that children who toured an art museum became more observant, noticing and describing more details in an image, than their peers who did not. Being observant and paying attention to detail is an important and highly useful skill that students learn when they study and discuss works of art.

Visiting a museum also made the children more tolerant of people who disagree with them. While the results of a standardized test that measured their change in tolerance have not been huge even a small difference from only half a day at the museum is a great improvement. 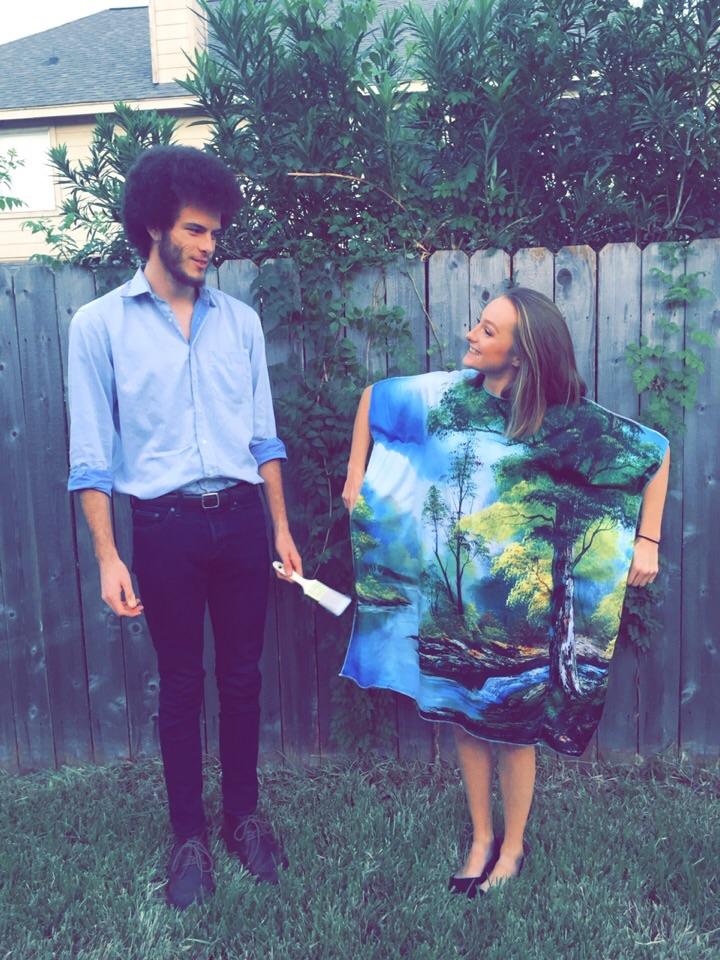 Previous
How To Make Your Own Bob Ross Costume For Halloween
Next
Inside A Bob Ross Instructor Course
Comments are closed.