Bob Ross is one of the most famous painters in the world. But even someone as well known as him has some secrets that you probably have not yet learned. Read on to find out more about his life before ‘The Joy Of Painting’, the dark secret of his famous haircut, and how he managed to build an empire while working for free.

1. Military Career In The Air Force

The friendly demeanor and soft voice are not all there is to Bob Ross. Before he picked up the brush in front of a TV camera Bob spent several years in the armed forces.

Ross enlisted in the United States Air Force at 18 years old and served as a medical records technician. He eventually rose to the rank of master sergeant and served as the first sergeant of the U.S. Air Force Clinic at Eielson Air Force Base in Alaska.

It was at this base in Alaska where he first witnessed the snow and mountains that later became recurring themes in his artwork. Bob developed his quick-painting technique to create artworks for sale during brief daily work breaks.

Read more about Bob’s career in the military.

While Bob Ross was very well known for his friendly and calm persona his most striking feature was probably his hair. But there is one shocking – and to be honest, kind of sad, secret about the iconic perm.

Fact is, Bob had naturally straight hair and only got it permed to save money. Rumour has it that he even hated his ‘fro but had to keep it because it had become his trademark.

“He got this bright idea that he could save money on haircuts,” his longtime business partner Annette Kowalski told NPR. “So he let his hair grow, he got a perm, and decided he would never need a haircut again.”

Word on the street (or rather on the internet) is that it was Annette who has forbidden Bob from cutting his hair and destroy his trademark image. So not really much of a decision about saving money after all.

Cutting off the perm would have drastically changed Bob’s public appearance. Just think of all the wig-makers that would have gone broke! If anyone asks who Bob Ross is one of the most common answers is probably “that TV painter with the afro”.

Sounds much better that “that TV painter with the side-part”….

While Bob made it seem that the paintings he did during the tapings of ‘The Joy of Painting’ were done very spontaneously and full of ‘happy little accidents’ this was in fact not the case. In reality, Bob painted the same picture three times:

The first copy always hid off-screen, and Bob referred to it while the cameras rolled. So while Bob talked about how that big tree that looks like it is going to ruin the painting came to him just this second truth is that it was always going the be there.

He painted another copy when filming finished. This time, an assistant would stand behind him and snap photos of each brushstroke. These pictures went into the Bob Ross “How to” books.

The paintings shown in these books are more detailed than the ones done on the show. A lot of painters prefer the books over the TV show, because you can just flip a page instead of having to scroll back on a video. Or rewind the tape, back in the days…

After the success of ‘The Joy of Painting’ Bob had several appearances on nationally televised talk shows and was also regularly being spoofed on MTV and HBO. This trend continues until today.

While there is a story that Bob was once invited to the Oprah Winfrey show that we couldn’t verify, Bob was invited onstage at the Grand Ole Opry in 1987 by country star Hank Snow. With Bob being an old country fan he accepted the invitation and gave Hank a private lesson afterward.

With the ever-growing popularity of Bob Ross and “The Joy of Painting” 20th Century Fox even created a trailer for Deadpool 2 in Bob’s characteristic style:

Bob Ross never received a penny for his television show ‘The Joy of Painting’. However, Bob was a smart businessman and used the show as an advertisement for his own line of painting supplies. And boy, did he make a happy buck with it!

His company Bob Ross Inc. went on to become a $15 million empire of how-to books, videos, and, most of all, Bob Ross art supplies.

We’re sure the financials of the Bob Ross company haven’t shrunk in the last few years. As they continue to license the Bob Ross image to all sorts of things like Chia Pets, clothing, board games and many more Bob is only getting more popular. And so are his monetized YouTube videos.

Bob really was one of most successfull content marketers we can think of! 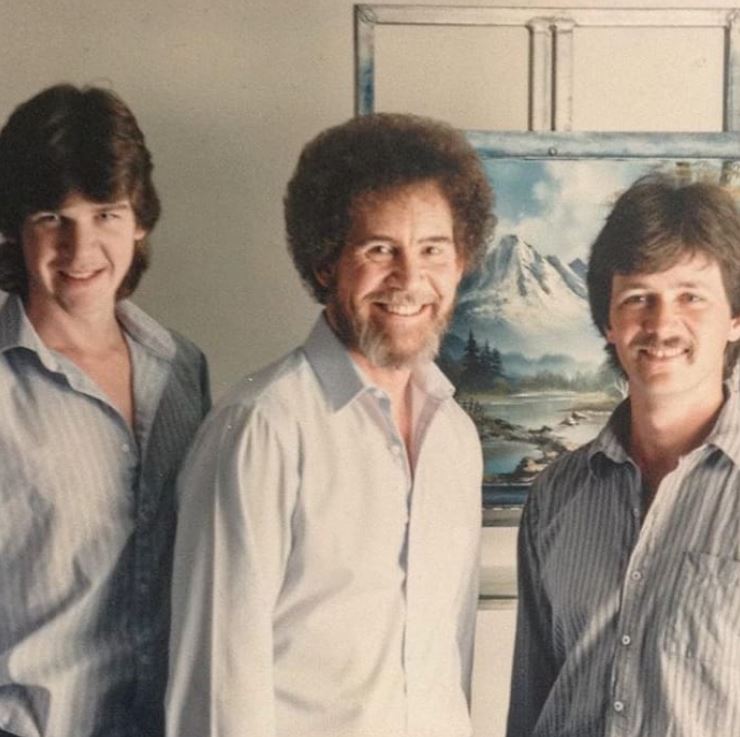 Previous
What Happened To Steve Ross, The Son Of Bob Ross? 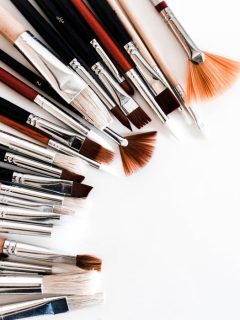 Next
Brush Care Guide - How To Clean & Store Your Brushes