How To Buy A Bob Ross Painting

Everyone that painted along with Bob Ross knows the wonderful feeling of creating something out of thin air, hanging it on the wall, and have people marvel at your talent. While nothing can match the almost therapeutic buzz you get from painting your own masterpieces a lot of us have thought about buying an original Bob Ross painting.

A painting by Bob himself is just something else. Painting along with him is easy, but how hard can it be to buy one? There are over 400 episodes of ‘The Joy of Painting’ and Bob did three copies of every painting on the show. So there should be over 1200 paintings from the TV show alone out there, and some of them just have to be on eBay or some other website.

So you open up your favorite search engine, try your luck with something like “Buy Bob Ross Painting” and are greeted with pages upon pages of Bob Ross replica paintings. Lots of people probably started painting in their living room, following Bob’s instructions with some cheap paint, not expecting that one day they will earn a pretty penny with their new hobby.

eBay doesn’t look much better either:

Beautiful paintings, but they all are just done in “Bob Ross Style”, none of them are done by Bob himself. So for the average person the question “Can I buy a Bob Ross painting?” has a definite answer: No.

Bob Painted Thousands. Where are they?

It is rumored that during his lifetime Bob created over 30.000 paintings. What happened to them all? Why is it so hard to find an original Bob Ross painting on sale? Here is what Bob said about some of them:

Read until the end to see our update for 2021 and find out where the paintings are!

“One of the questions that I hear over and over and over is, ‘What do we do with all these paintings we do on television?’ Most of these paintings are donated to PBS stations across the country. They auction them off, and they make a happy buck with ‘em. So if you’d like to have one, get in touch with your PBS station, cause…we give them to stations all over the country to help them out with their fundraisers.”

What happened to the other thousands of paintings Bob did outside of the TV show isn’t known, but if you’re lucky and look hard enough you might come across an eBay listing like this:

So, an original Bob Ross for sale might cost you a few thousand dollars, but at least there is free shipping! This particular painting also includes a letter from the original owner who used to be stationed with Bob in the US Air Force Base in Alaska.

How To Verify If You Have A Real Bob Ross Painting

The best way for you and me to have a Bob-Ross-Style painting on your wall is to grab your brushes and paint it yourself. Get yourself one of the many Bob Ross Painting Kits ( the Master Set is especially great!), take a few hours out of your day, relax with Bob’s calming voice and create your own little paradise on canvas. Nobody who ever tried painting with Bob regrets it.

And who knows, maybe one day your own paintings will sell for several hundred dollars on eBay or hang in galleries on their own.

We have written a guide to get you started with the wonderful joy of painting, which you can find here.

If you think you have an original Bob Ross painting or are about to buy one, you can send a mail to info@bobross.com and ask them to verify if it was really done by Bob Ross himself.

Update for 2021 – The Paintings Have Been Found

After trying to buy an original Bob Ross painting NY Times reporter Aaron Byrd tried to get to the bottom of the mystery of the missing paintings. Trying to understand how the most iconic television painter of all time can create several thousand paintings, only for none of them to end up on the internet proved to be quite the task.

Byrd went on an investigative journey that led him deep into the archives of the Bob Ross Company Headquarters in Virginia. President Joan Kowalski tells him the story about how taping the show went down and why Bob painted three versions of each painting.

The NY Times compiled their journey to find the missing paintings into this nice little 10 minute YouTube video. Check out the second website that’s visible at timestamp 0:34 😉

Thousands Of Paintings – Stored Away In Cardboard Boxes

Kowalski talks about the several thousand paintings they have stored in their office buildings. While they are not “climate controlled” and don’t receive “white glove service”, as Kowalski said, they keep them safe and in good condition. Stored in ordinary cardboard boxes somewhere in a storage room.

Crazy, right? I’d think they would keep these rare and well sought after paintings in a climate-controlled safe, guarded by two armed guards (with permed hair if you will). But no, that’s not what Bob Ross was about. Painting was about the process of creation for him, not about locking paintings away in a safe.

Are They Selling Their Bob Ross Paintings?

Bob Ross Inc. President Joan Kowalski said that they never even thought about selling them. While they sit on a good chunk of money with these paintings Bob did not create them to be sold. He created them purely to showcase his technique and as a means of marketing for his painting supplies.

So how much would they be worth at today’s market price? Bob painted 3 paintings per episode, for 403 episodes. Currently, Bob Ross originals go for around $10.000.
In sum, this would make their collection worth around $12.000.000. Not really pocket change, is it?
Of course, assuming that they have every single painting, and each one sells for $10k. 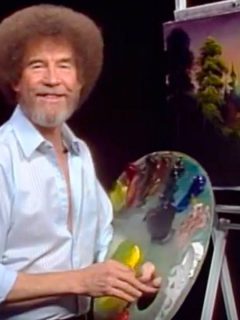 Previous
The 5 Most Painted Bob Ross Paintings In 2020 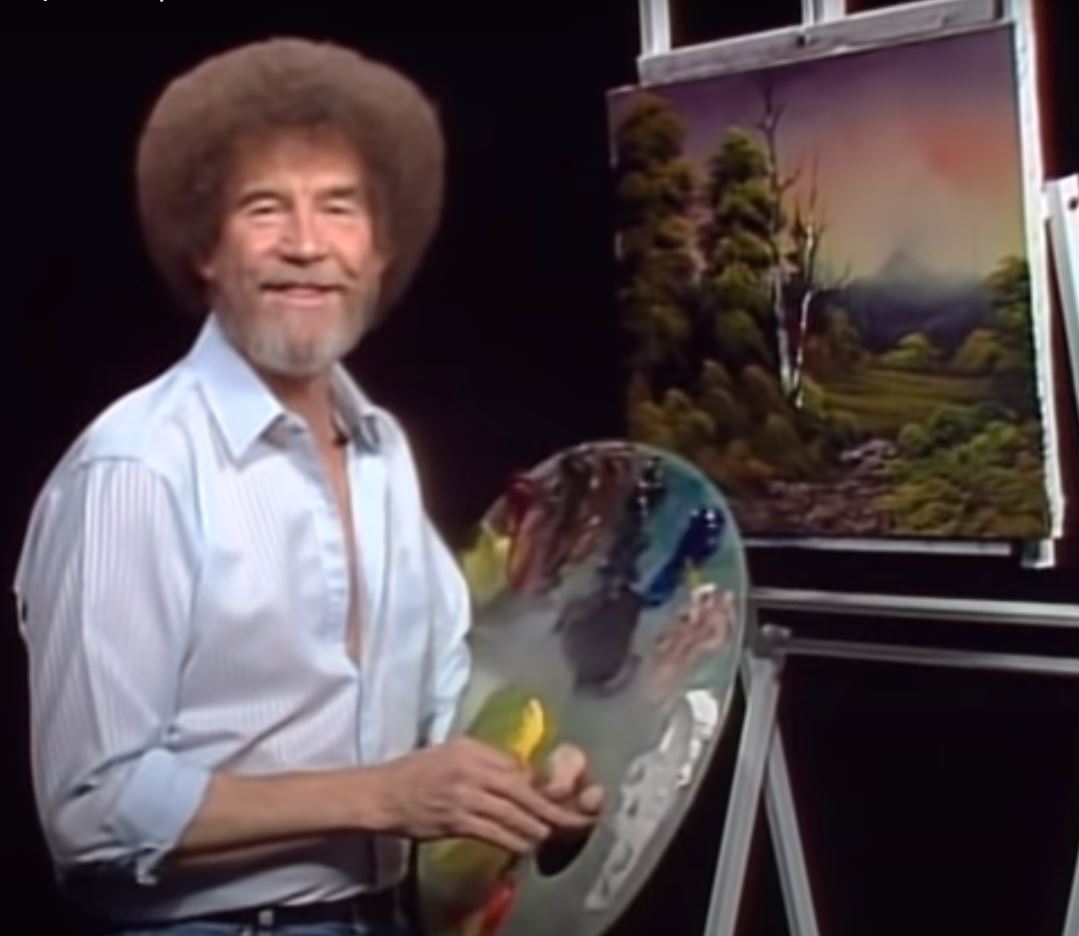 Next
5 Secrets You Didn't Know About Bob Ross